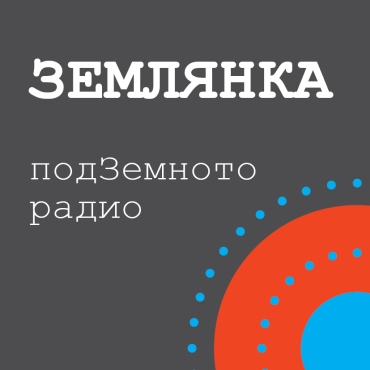 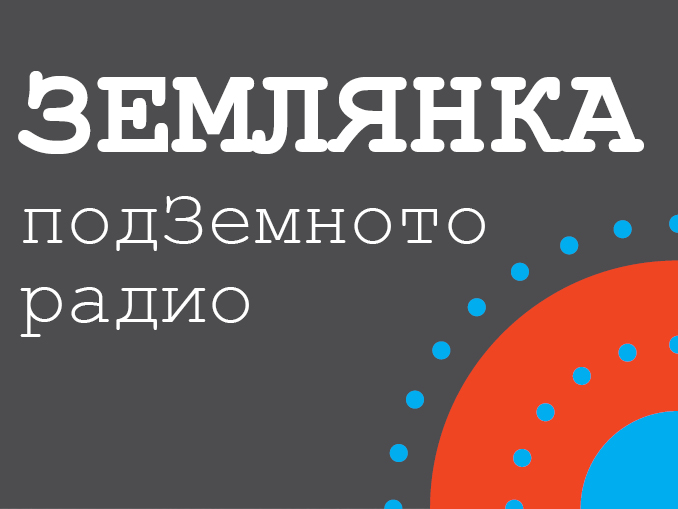 The first Bulgarian grassroots civic online radio is already a fact and the Ideas Factory was happy to help it start! We stepped in with trainings and seminars which the Dugout team affectionately called “Journalistic workshop”. Our aim was to prepare the team of the radio for the quality and the technical specifics of the radio transmission because civic journalists have opinions, but often lack radio experience. 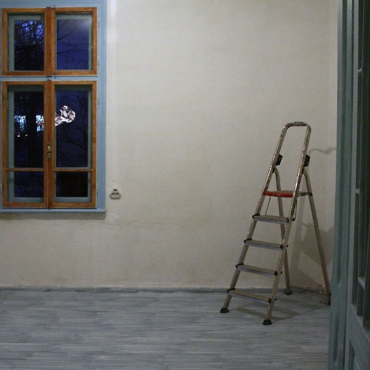 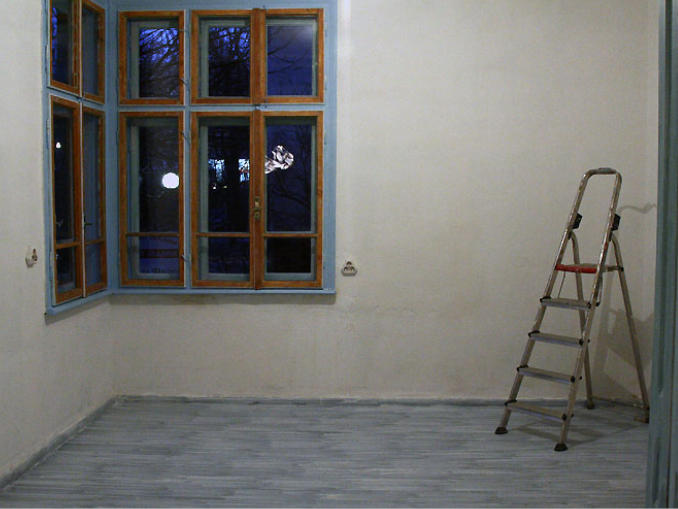 2012 began with a glorious achievement for the Ideas Factory – we opened our Ideas HUB to host civic groups, active and creative people, and grassroots communities, seeking and creating changes for a more sympathetic world. Since then “the nest” was extended to allow for the alighting of more public events, screenings, presentations, performances, meetings and other active formal and non-formal organizations. This is the place where we work and the place which we are happy to share – contact us to find out how! All this was made possible thanks to our invaluable friends from АСЕМ (Association for Building With Natural Materials) and their inspiration for natural materials – the walls in the Ideas HUB are made of clay and corncobs, sand and flour.

TEAM: Evgeni Monov, a pack of friends and 15 pairs of hands smeared with clay

WHEN: the beginning of 2012 and ongoing 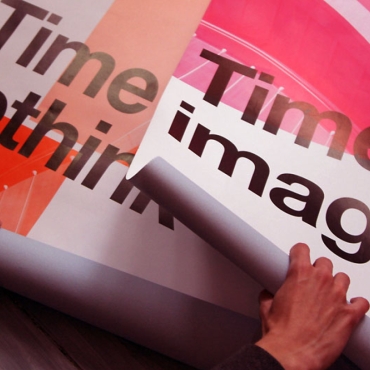 Is a new project from the Ideas Factory, which will focus on the research of possible economic and social alternatives. Over the time you will notice different Re:think tags such as: Re:think city. Re:think education, Re:think economy. Any other suggestions for reconsideration? 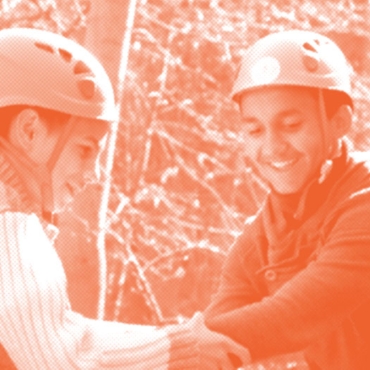 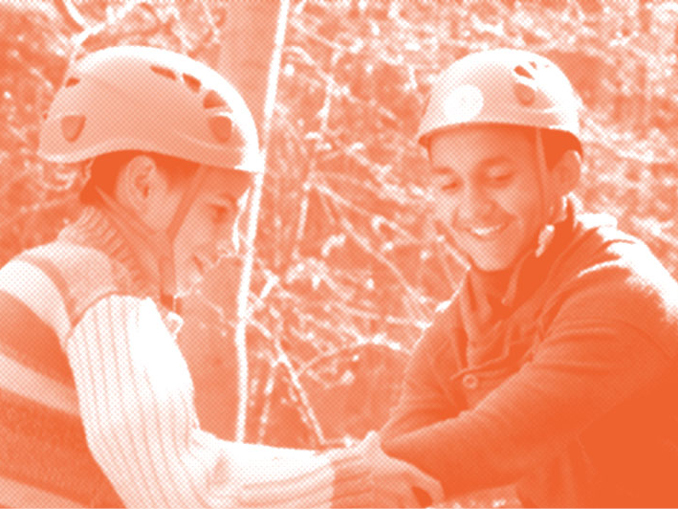 We are very happy and pleased to share with you that Ideas Factory has finally launched its Fabricators program in a network of Bulgarian schools! The idea is simple – through the methods of non-formal education, civic engagement and social entrepreneurship to provoke the children from the high school classes to realize their ideas in one of these areas and to help them with a team of great trainers! If you want to include your school in the Factory’s network, please contact us!

We started in 2011, and in 2012 we began developing our program „Ideas Factory in School”, because our educational system has a chance to motivate and inspire rather than alienate. We started with Sofia: 13th School near the Women’s Market, 22nd High School and went on with 97th High School in Lulin and classes around the country. All that we want to tell them is that they can actively shape up the reality in which they live. Through games and approaches adapted for the age group 13 to 18, we stimulated them to learn how many liters of water are required for the production of a pair of jeans and how many precious metals are there in a mobile phone. What is best about the Ideas Factory in School is that the participating students will be able to apply with an initiative of their own that aims to improve their neighborhood or their school, or to refresh their community. The plan is to create 10 school clubs “Ideas Factory” by the end of 2014. Do you want to invite us to a school anywhere in Bulgaria? 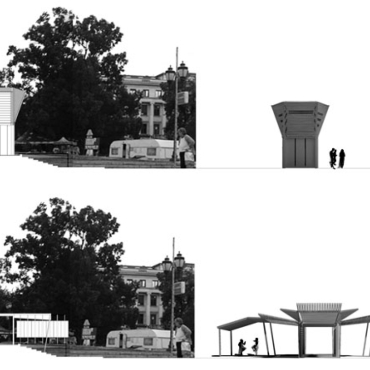 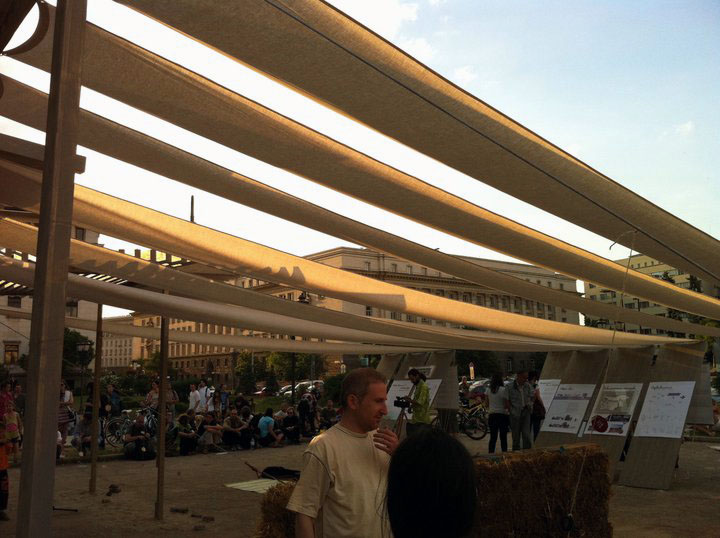 In June, the 2011 in Sofia the spirit of Irakli settled at the place of

the Mausoleum through architect Silvia Aytova’s diploma project called UTOPIA BOX – an idea conceived together with Ideas Factory. The pavilion unfolded like a lifeguard’s tower for our utopias and a real space for the otherwise invisible fantasies about another possible world. The project was inspired by the possible alternatives to further constructions on our Black Sea coast and the specific plans for Irakli and Emona. It arranged for a utopian and at the same time very real journey into the world of eco-friendly architecture, ecological building and inspired art. UTOPIA BOX transferred one reality to a different place in order to provoke the public to be a participant. The pavilion opened and area for debates under the “roof” of the spirit of Irakli that had materialized at the place of the Mausoleum in a symbolic lifeguard tower and magical space where its function in the interaction with people was co-creation of new realities. The project is also part of the Factory’s efforts to create and participate in the creation of tools for “public visioning”.

TEAM : The creation of the space around the pavilion is a joint project of architect Silvia Aytova, civil group “Let’s Save Irakli” and the “Ideas Factory” Association.

WHERE: The location of the Mausoleum in Sofia 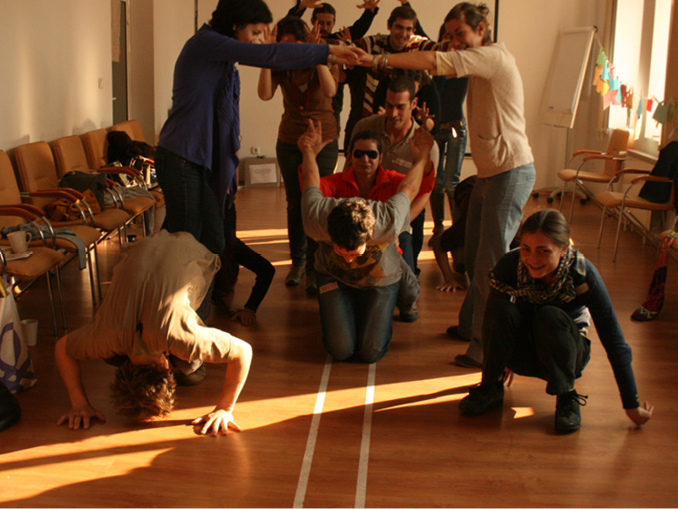 The training and the people from “Creativity for Social Change” were the beginning of the true mass fabrication of fabricators – quality, long-term committed and inspired people who work within a network to change the world around them for the better. This is also the historic predecessor of Changemakers Academy, more focused on spontaneity and creativity and in a more intensive and short format.

To create the format of „Creativity for Social Change” we started with a question – What would happen if people with enthusiasm for change and a strong value system have the opportunity get more systematical acquainted with the techniques for filtration of quality ideas, with the practical skills for leading social processes, with the methods for increasing the effectiveness of their work and most of all – with others like them?

So we started building a network of “fabricators” with genius ideas and great qualities, who support each other while making the world more colorful, adequate to the challenges it faces and more empathic. We found that human potential is the only infinite resource on this planet. The unique methodology developed for the series “Creativity for Social Change” has become a trademark and a face of “Ideas Factory”. The numerous subsequent projects, that directly resulted from the training, proved that the cocktail of promoting the personal development of the “agents of change”, facilitating the interaction between them and the mentoring program that aids the projects initiated as a result, is actually a combination – a catalyst and a process that leads to real change.

If the people, who are motivated to change the world, find tools to unleash their imagination, to call forth their spontaneity and to allow themselves to experiment through play with ideas and systems, this will inevitably lead to purebred social innovation.
Check our calendar for the next training! 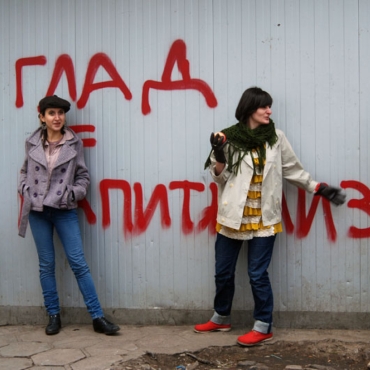 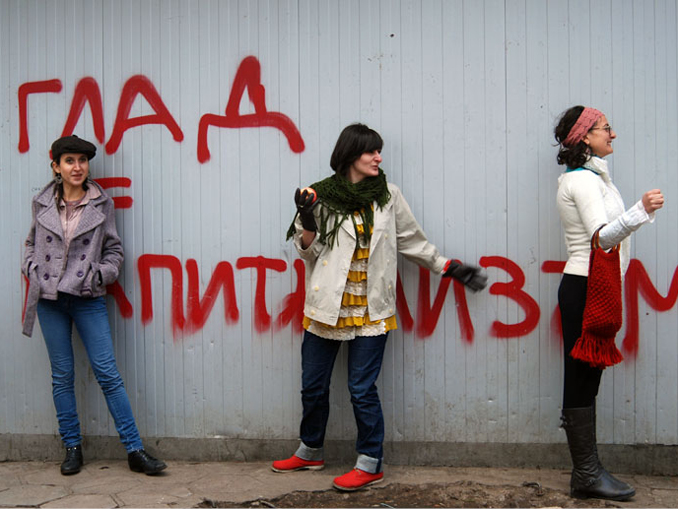 At the initiative of Nikola Venkov (one of the first “fabricators” that came from the factory’s conveyor and who studies the market for his dissertation in cultural anthropology) dozens of us are already involved in various initiatives related to changing the market’s image and people’s stereotypes about it, and also aiming to “empower” those of its people that remain unheard. We believe this is a place that brings together “the various” and the challenges to the city and to our country, and that it is a great blank canvas ready to be filled with new solutions. We would like this painting to be painted with the participation of the people from the market.

We started working with 13th School situated near the market and with the children at the end of 2011 and our first initiative was held on 22.12.2011 when over 20 volunteers, 80 children, clowns, jugglers, a monocycle, face painting, old games like gunny sack race, relay races and movie screenings turned the school into something different from the institution that the children were familiar with. Before the closing of the school in the summer of 2012 by the Sofia’s Capital Inspectorate, more than 12 volunteers regularly attended the lessons with non-formal and fun education in order to attract children in class.

Now, after it has become clear that our favorite spot will be reconstructed without broad public discussion, the project continues with new strength through the regular meetings and work of interdisciplinary group of sociologists, cultural anthropologists, architects, urban planners, journalists and others. In this process they build on each other’s ideas and solutions to the market challenges.

We are recruiting more volunteers and funds for our future activities there. If you are willing to help through human or monetary resources, please contact us. 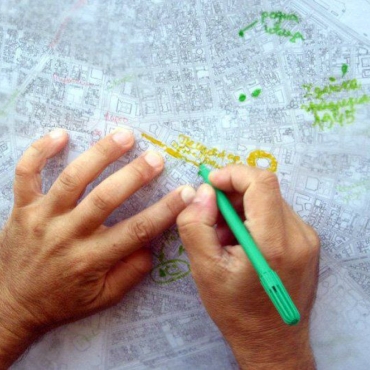 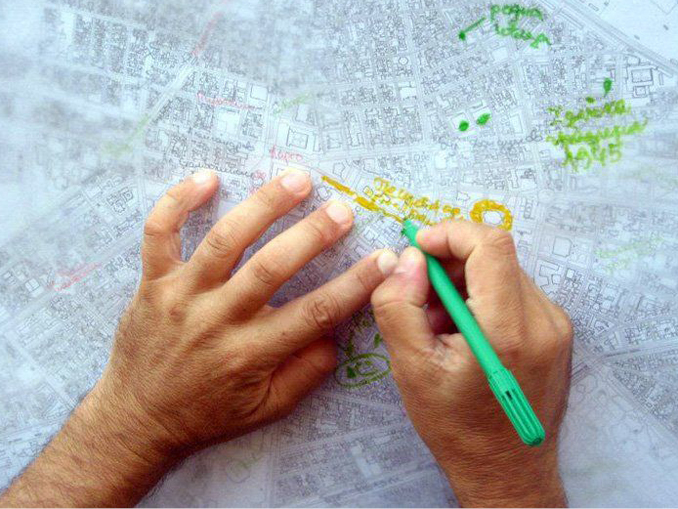 Through innovative approaches, including installations (Utopia box, Tree of Ideas ), tools and events (Meet for Change, Creative Drink), Ideas Factory is looking for new ways to create a shared vision on issues that are of importance to local communities.

Ideas Factory’s main motivation to do what it does comes from the persuasion that any challenge to our shared life and any decision-making has its answer among the people – all people, everywhere – they are the best experts on … the quality of their lives and the sole sovereign of governments. This way we support shared dreaming, and we also create opportunities for solutions in cross-sectoral environment and aid the steps towards their implementation. That’s how we encourage innovations and the facilitation of citizen participation in the processes of decision making (Crowd-sourced decision-making). 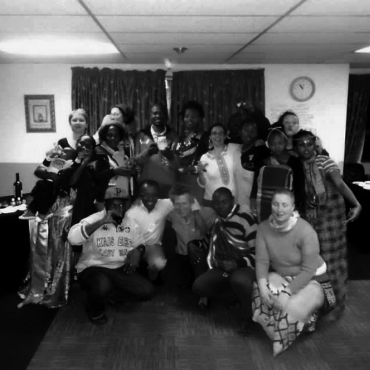 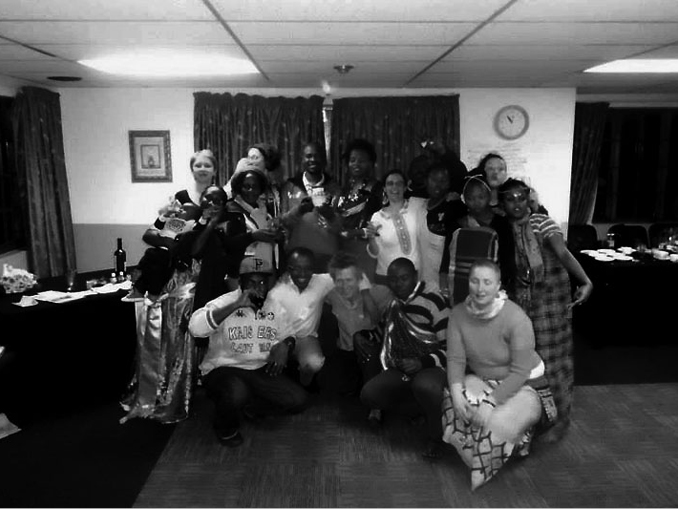 Decision for the People by the People!
Not only we do what we love for work, but we do it in the most amazing places around the world! Together with our partners from 6 organizations from Africa and Europe we are leaving for Tanzania to complete the last stage of the project for the implementation of the Forum Theater as a method for finding solutions within the community itself. The end of the project, however, proved to be the beginning of our brand new Forum Theater troupe, which will work on various issues related to oppression in order to translate them in the language of theater. Our first stop for training social workers, teachers and municipal employees will be the city with the “pinest” air that we’ve ever encountered – Devin.


Warning: Use of undefined constant php - assumed 'php' (this will throw an Error in a future version of PHP) in /home/ideasfac/public_html/wp-content/themes/twentyfourteen-child/sidebar.php on line 1

We use cookies to ensure that we give you the best experience on our website. If you continue to use this site we will assume that you are happy with it.Ok