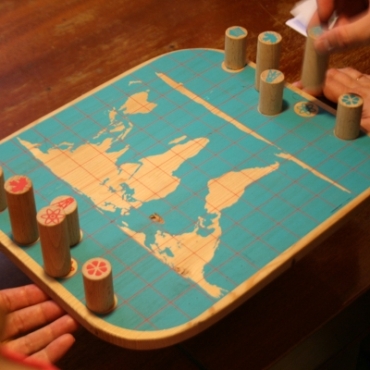 We can’t wait to tell you what the Ideas Factory was involved in…
We are proud to be partners with the leading organization COPADE on the project “PRICE” – Promoting Responsible Investment and Commerce in Europe.
PRICE is a project about the interaction between Ethical financing and Fair trade. The project is encouraging the Fair Trade movement and the ethical finance institutions to work together – on one handthe Fair trade to use the ethical finance services in their everyday financial needs, and on the other to stimulate the ethical financial institutions to invest in organizations engaged in fair trade. PRICE launched in 2013 and involves 10 partners from 9 countries – AGICES, Equação, Fair Trade Hellas, The Cultural Foundation for Ethical Responsability (FCRE), KoperattivaKummerċĠust, PFTA, Protect the Future, The World Fair Trade Organization (WFTO) and Ideas Factory.
The aimis to connect the ethical financing with the fair trade on a European level and to introduce them in Bulgaria so we can learn more about these topics and find out how to apply them.

A fine example of this model is Banca Popolare Etica – http://www.bancaetica.it/, the first ever bank in Europe that seeks real change, creating and implementing models of ethical finance and fair trade in Europe, Central America, Asia and Africa. The Bank’s policy is determined by its 37,000 members who decide how to use the finances of the bank (their savings and investments) in order to have a positive impact on the society as a whole – social entrepreneurial initiatives, green and cultural start-ups, urban cooperatives, etc., that usually other “normal” banks wouldn’t pay any attention to.

On the 16th of June webrought together visionaries and practitioners from Bulgaria and Europe, social and green entrepreneurs, consumers, food and parental co-operatives, activists, financiers and economists interested in the possibility of creating an ethical financial instrument in Bulgaria.
Together we started the debate on the need to launch the instruments of ethical finance in the context of the need to raise interest in Fair & Domestic Trade in Bulgaria.

BancaEticais a unique example of a started as a grassroots initiative bank, as a result of the efforts to avoid the corrupt Italian banking system. Today the bank has 37 000 members – all of them gather at an annual General meeting and decide the direction of development of the bank. They make Banca Etica a unique example of civic participation, responsibility and an instrument giving independence of small projects in the community’s favor.