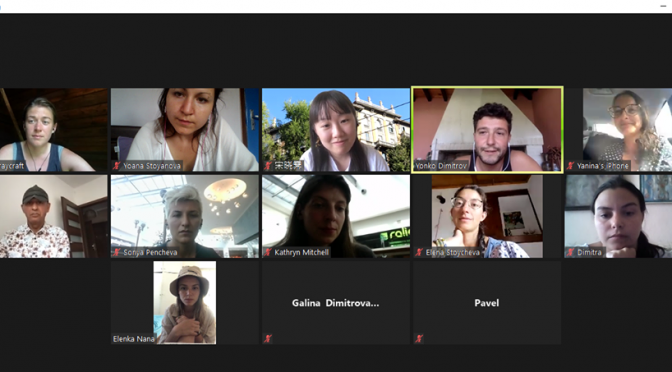 The virus outbreak changed the possible dynamics of the initial idea and the team of Ideas Factory decided to make an online – offline version of the residency, including the artists, who don’t live in Bulgaria, as online creators and contributors.

The second round of the call resulted in 11 selected artists, 7 of which will be local residents, living in the village for 3 weeks, from 23rd of August until 13th of September 2020.

The village of Deleyna in Bulgaria, like most of the villages in South-eastern Europe, is situated in a social, cultural and geographical periphery and is strongly affected by contemporary political and economic processes. The direct consequences of this are poverty, depopulation, lack of access to culture (as well as health care, education and economic progress), and last but not least, the broken connection between the generations.

During the search for an answer to the question, how can we, through the means of culture, “rehabilitate” the muscle of public imagination, which nowadays fails at leaving room for imagination regarding the village. What can bring it back to life – empathy or provocation? Which fragments of the past still hold value today, and which are the ones of the present, that can add value nowadays?

We will look, together with the participating artists, for bold, unexplored until now, but also necessary for the community approaches, which engage the artistic imagination and the means of art as driving forces for positive change.

Their creative disciplines vary widely and the online international artists will collaborate with the local artist residents who will do the field work and communication with the local people, mapping of needs and resources, documentation of the intangible and tangible cultural heritage.

All participants met during a Zoom meeting and will have regular online meetings and knowledge and ideas exchange before and during the residency.

The residency’s end will be marked by a community event, organized by the local residents and Ideas Factory, during which the artistic results of the participating residents will be exhibited – in whichever stage of realization they are at.