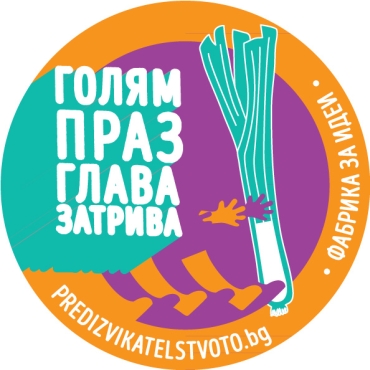 The slider hasn't been found
Six of the teams that participated in the Social Innovation Challengewill receive a full scholarship for the upcoming Changemakers Academy.
The challenge is a project of Ideas Factory that brings together people, willing to help in solving a socially significant problem and people, who need such a decision and are willing to actively participate in it. The model is the basis of the so-called social entrepreneurship, particularly popular around the world in the recent years.

Over 100 people with about 30 ideas were involved in the first ever Social Innovation Challenge. On April 11that 00:00 pm the missions were handed out in Plovdiv, Burgas, Varna, Stara Zagora and Sofia. The teams had three days to face real challenges and find solutions to problems from various areas – citizens and administration, poverty, corruption, circumambience and urbanenvironment, youth employment, working with communities, access to culture.
Although completely different from one another, all missions met the general criteria – go at the heart of the problem, think, mobilize your unusual ideas, create innovative, realistic and applicable solution within 72 hours, presentyour idea to an audience, ready to help with its implementation.

On the 15th of April the solutions to the given problems according to the participants in the Social Innovation Challengewere presented in each of the mentioned cities. With the help of a jury Ideas Factory chose six teams who will receive full scholarships to the next initiative of Changeis.bg–the Changemakers Academy that will take place in June, September and October at various locations in Bulgaria with speakers from around the world.
Using the already formed IDEAS BANK, Ideas Factory will mediate between the participants and potential investors in the realisation of their good ideas – donor organizations and private companies willing to support the teams in the implementation of their decisions.

We use cookies to ensure that we give you the best experience on our website. If you continue to use this site we will assume that you are happy with it.Ok